At the helm of the Secretariat is the Executive Secretary. The primary responsibility of this role is to represent the Council externally and provide overall leadership in the management of the Council and in the formulation and implementation of its intellectual agenda.

OFFICE OF THE EXECUTIVE SECRETARY (ES)

Since its creation in 1973, the Secretariat has had seven Executive Secretaries:

In an intellectual capacity, the Deputy Executive Secretary runs the Council’s Collaborative Programme. This is a specific CODESRIA programme that houses projects situated at the intersection of research, capacity-building and publications. These include projects on Academic Freedom; Gender; African Humanities; and the Sahel.  They are intentionally designed and implemented to work collaboratively alongside and across the three scientific programmes. 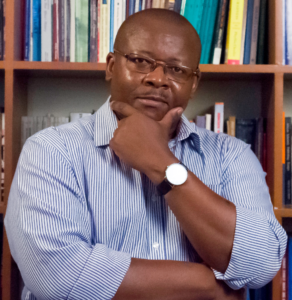 Dr Murunga is a historian and political analyst of Kenyan origin. Prior to joining CODESRIA as the Executive Secretary, he was lecturing at the Institute of Development Studies of the University of Nairobi. He was the immediate past director of the Africa Leadership Centre in Nairobi, and was a member of the Executive Committee of CODESRIA for two consecutive terms (2005-2011). Dr. Murunga brings to CODESRIA many years of robust scholarship as evidenced by the incisive analysis that characterized his numerous scholarly publications. He also has valuable teaching and management experience and a deep knowledge of the higher education landscape in Africa. In appointing him to the high office of CODESRIA Executive Secretary, the Executive Committee considered Dr. Murunga uniquely qualified for the position given his in-depth knowledge of CODESRIA, a track record of robust scholarship and exemplary leadership, and his strong and clear vision for CODESRIA’s future. Dr Murunga formally assumed duties at the CODESRIA Secretariat on 1 June 2017.

Staff in the Office of the ES:

The scientific programmes are at the centre of the Secretariat’s intellectual work. Each programme is led by a Head of Programme/Senior Programme Officer recruited by the Executive Committee to lead the implementation of activities under the programme.

Staff in the scientific programmes:

The Department of Administration and Finance supports the scientific programmes. Its core mandate is to enable the professional development and wellbeing of the Secretariat staff and provide effective oversight on the Council’s financial operations. The Department also works with external auditors who audit the Council at least once every three months.

Staff in the Department of Administration & Finance: