Forthcoming Book: Diversity and the essence of Pan-African Arts 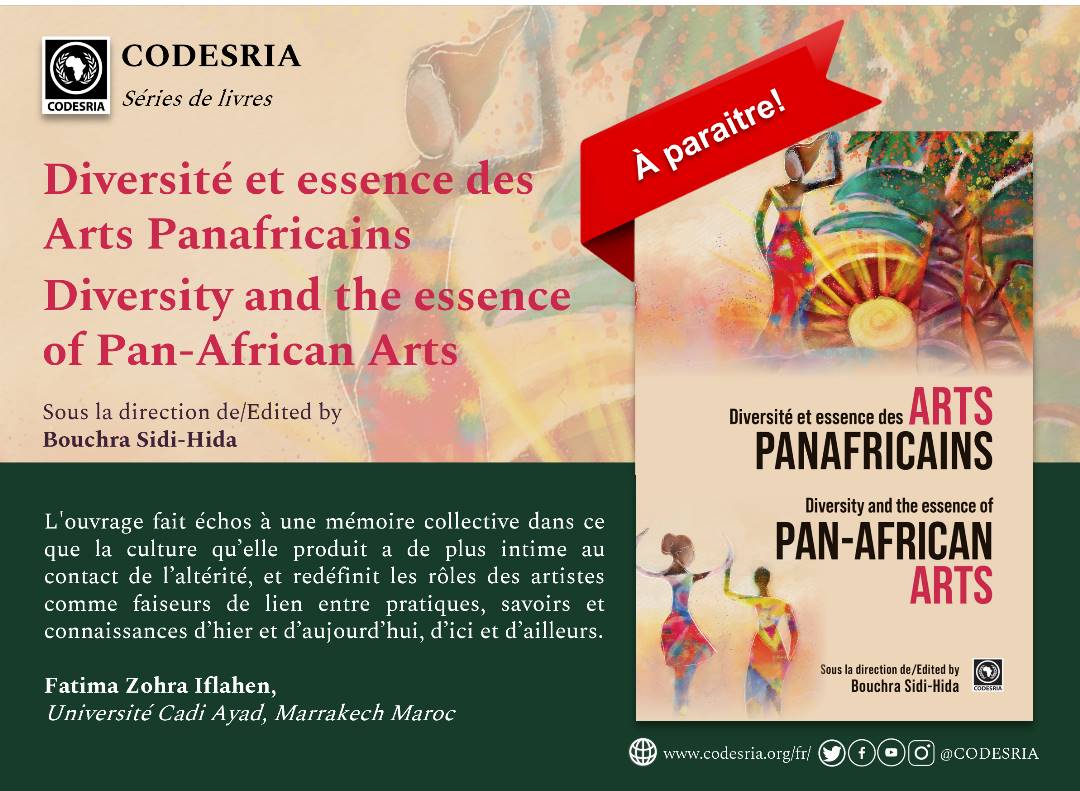 Forthcoming Book: Diversity and the essence of Pan-African Arts

The Arts, artistic, and literary production in Africa are echoes of Africa’s cultural heritage in its diversities, its essence, its values, its realities and its contradictions, being transmitted across generations. These resonances are translated in different ways from one period to another and from one culture to the other. They propagate the authentic image that Africa has of itself in its enthusiasms, its sufferings, its discomforts, its challenges and its resilience to surpass itself, live the present and imagine its future. The collection of chapters in this book was first presented as part of the CODESRIA Humanities Institute that took place on the sidelines of the bi-annual Pan-Africa Film and Television Festival, Fespaco, in Ouagadougou, Burkina Faso in 2019. The institute convened African researchers and artists to reflect on the possibilities and implications of (re)making the memory and history of the (Pan)African arts, as part of a process of problematizing attitudes toward the past and the future.

The book echoes a collective memory in the most intimate aspect of the culture it produces in contact with otherness, and redefines the role of artists as link makers between practices, knowledge and skills of yesterday and today, here and elsewhere.

Drawing on a careful examination of cultures, visual arts, cinema, theatre and the new information and communication sciences, Diversity and Essence of the Pan-African Arts is a compelling contribution to the enterprise of building the library of African/Black humanities inaugurated by CODESRIA.

Bouchra Sidi-Hida holds a Ph.D. in social sciences from the Catholic University of Louvain (UCL), Belgium. She has been a senior researcher at CERSS in Morocco and is currently Programme Officer at CODESRIA. Sidi-Hida is an associate researcher with several research centres including the LPED of the University of Aix Marseille, France. She is the author of several articles and books and a member of several international research networks such as LMI Movida on migration.