The Collaborative Programme is run from the Office of the Executive Secretary. It houses projects situated at the intersection of research, capacity-building and publications. These projects include:

The defence of the freedom of thought, generally, and of academic freedom and the autonomy of academics specifically, defines the story of CODESRIA. Being the home of African academics in exile since the 1970s, the Council gradually developed academic freedom as part of its core undertakings, as mandated by the CODESRIA Charter.

The formal establishment of a CODESRIA project on academic freedom dates to 1990, when the Council convened a defining conference on Academic Freedom in Kampala, Uganda. The conference adopted the Kampala Declaration on Intellectual Freedom and Social Responsibility. It also recommended the creation of a mechanism for monitoring and promoting academic freedom in Africa.

From the outset, the Academic Freedom Project had two components: intellectual engagement conducted through periodic conferences, leading to publications; outreach and rescue for scholars in distress, through relocation and the provision of minimal support to manage various kinds of distress.

Since the 1990s, the project has organised conferences and dialogues in several countries with local institutions and research communities. The collaborative nature of these conferences has helped to strengthen the local communities of scholars in their defence of academic freedom.

Within the 2022–2026 strategic plan period, the project will relaunch a number of research, advocacy, partnership and publication initiatives that will address the mutating nature of academic freedom in Africa in relation to:

While all these were issues in the earlier 1990s, internal forms of abuse of academic freedom today manifest in even more complex ways. This makes the dimension of social responsibility to intellectuals as captured in the Kampala Declaration even more critical.

In addition to reframing the nature of academic freedom, the Council intends to achieve the following during the 2022–2026 period: 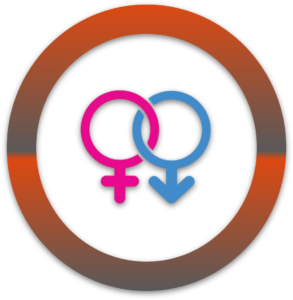 The Gender Project was launched in 1983 in accordance with the Council’s mandate to strengthen gender research and analysis pertaining to Africa and became one of the core undertakings of the Council in 1996, on the recommendation of a Gender Task Force that was set up in 1995.

Twinned with this main recommendation was the mainstreaming of gender into the Council’s programmes. The Gender Project thus occupies a central position in the work of the Council, as a project geared at growing gender knowledge through specific, clearly targeted interventions and as part of collaborative programming with activities that cut across the various aspects of the Council’s work.

Broadly stated, the main objectives of the Gender Project are to:

These objectives are achieved through a number of activities that include: 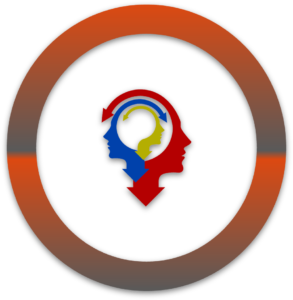 The African Humanities Project is an initiative that encompasses all the work done by the Council in the humanities and encourages scholarship that explores linkages across disciplinary areas. This is one of the many activities that brings a multidisciplinary orientation to the work of the Council. Promoting interdisciplinarity or transdisciplinary is a key reason for CODESRIA’s engagement with the humanities. The Project is specially created to support activities that involve humanities scholars and researchers from other social science disciplines.

From 1997, the African Humanities project was housed at the University of Ghana, Legon (Ghana), under the leadership of Prof. Kofi Anyidoho. In that iteration, the AHI promoted a three-way partnership between CODESRIA, University of Ghana-Legon and the Program of African Studies at Northwestern University, Evanston, Illinois. From around 2000, the subsequent activities of AHI were held as part of FESPACO, in Ouagadougou, Burkina Faso. A series of other initiatives have also been held at CODESRIA. These include a major conference on and with Musicians as Intellectuals, looking specifically at the role of music in society, intellectual property rights, etc. This has led a number of publications including the book on Timbaktu, and special issues of journals including AD.

Currently, the main components of this project are:

This is a unique collaborative forum whose constitution changes depending on the selected thematic focus. The Institute may take the form of a traditional CODESRIA institute or incorporate a mix of presentations, performances, art exhibitions and other creative expressions outside the scope of mainstream scholarly work. The Institute is convened by the Council in partnership with other humanities institutions on the continent and beyond. It is under this framework that a partnership was formed with the National Institute for the Humanities and Social Sciences (NIHSS) of South Africa.

This award is granted to senior academics in the humanities in Africa and the diaspora. The fellowship is implemented by the Training, Grants and Fellowships Programme.

Activities under the Humanities Project are open to all scholars and researchers interested in the research and development of the humanities as it pertains to Africa. These activities include research, fellowships and networks, workshops, conferences and special projects. 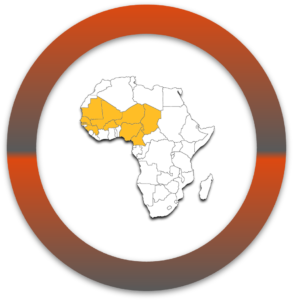 CODESRIA has a longstanding academic and policy interest in the Sahel region. The Council perceives the Sahel as a melting pot of traditions, cultures and histories that have survived centuries of geographical adversity, and as having generated histories that emanate from or respond to the adversities of the region. Understanding the diversity of the Sahel and its implications for human creativity, including for the arts and humanities, has become a priority for specific research initiatives within the newly conceived Sahel Project.

This Project builds on earlier work on the Sahel that included the publication of the book, The Meanings of Timbuktu, edited by Souleymane Bachir Diagne and Shamil Jeppie. The production of that book was not just an exercise in how fruitful a partnership with the Human Sciences Research Council (HSRC) can be but was also a fine start to examining the story of the Sahelian region using the humanities as an entry point.

Working in collaboration with the Beirut-based Arab Council for the Social Sciences, the Council aims to create opportunities for researchers within the Sahel to reflect on the evolving situation in the region and foster renewed engagement between researchers in the Sahel and North Africa.

The proposed research project will, in many ways, respond to the myriad state-formation processes that are often erased or ignored in the dominant security-centred analyses of the region. In so doing, the Council aims to revitalise research for select tertiary institutions in the Sahel that have been undermined and depressed by a combination of political and economic challenges.

The publication of CODESRIA Bulletin, Nos 5 & 6, 2020, a special issue on the situation in Mali, edited by Amy Niang, signalled the first initiative under the Sahel Project.