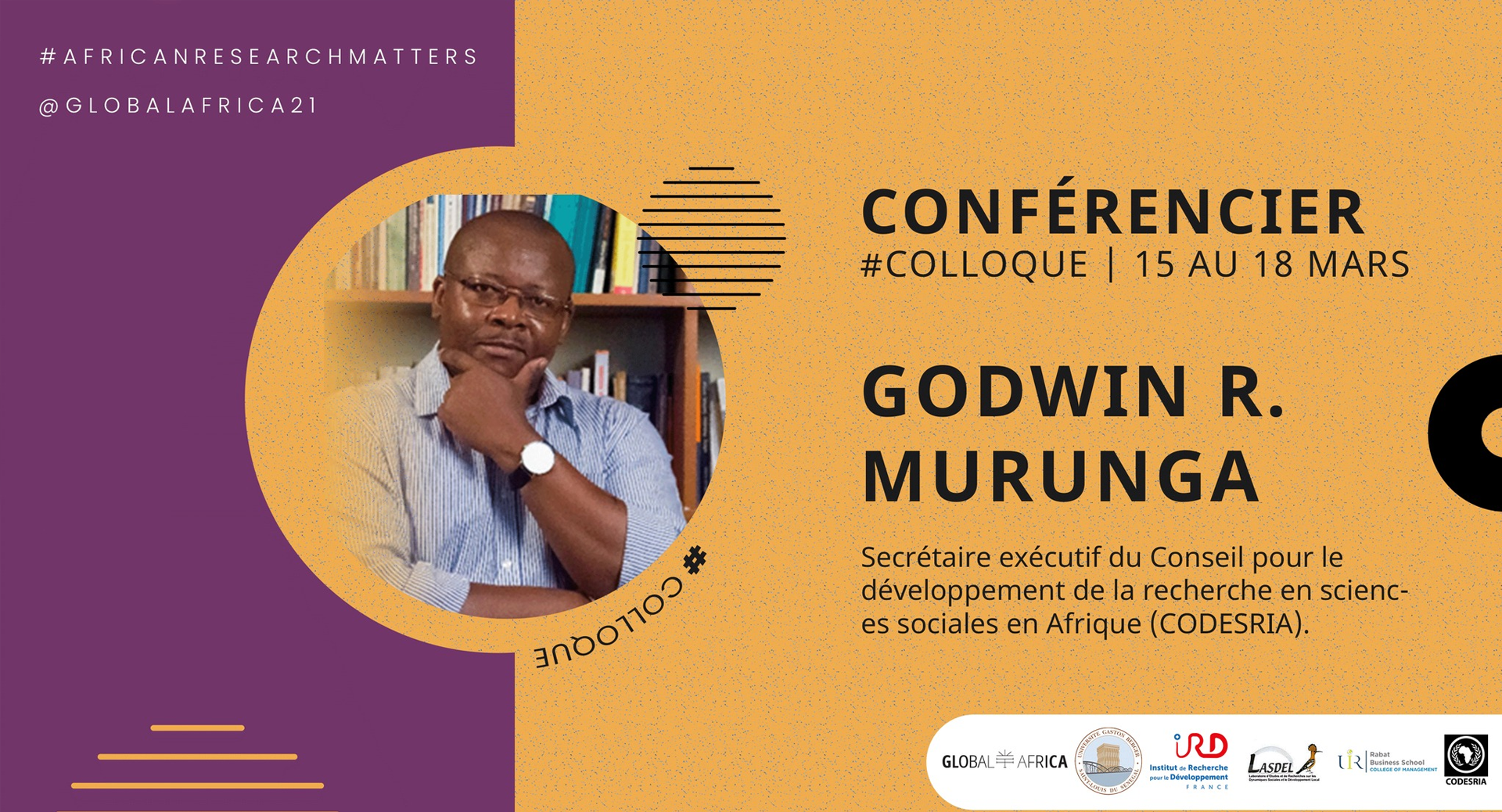 Dr. Godwin R. Murunga is the 7th Executive Secretary of the Council for the Development of Social Science Research in Africa (CODESRIA). He is also a Senior Research Fellow at the Institute for Development Studies, University of Nairobi serving at CODESRIA on leave of absence. He is the immediate former Director of the African Leadership Centre (ALC) in Nairobi, a Centre launched in 2010 as a joint initiative of King’s College London and University of Nairobi. Dr. Murunga served at the ALC from 2010 to 2016 initially as Deputy Director and as a Trustee of the ALC Trust. He was a Visiting Professor, Global Institutes at King’s College London from 2013 to 2016. Previously, from 2006 to 2011, Dr. Murunga served as a member of the CODESRIA Executive Committee. He holds a BA and MA from Kenyatta University, Nairobi and a MA and Ph.D. in history from Northwestern University in Evanston, Illinois, USA