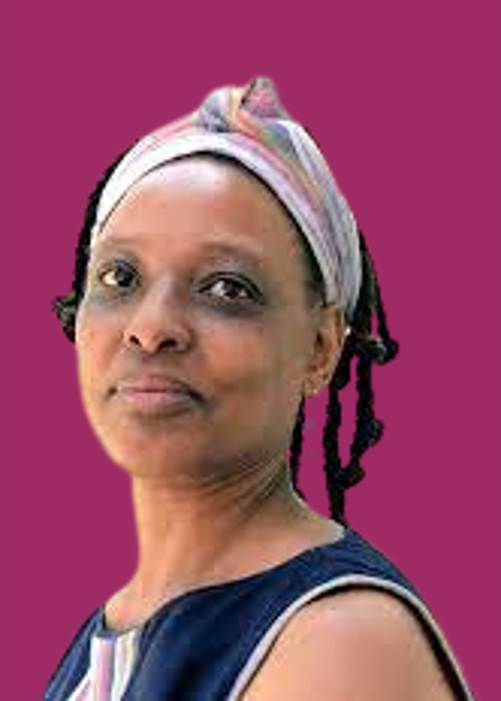 Dr S. Mshaï Mwangola is a performance scholar/oraturist who holds a doctorate in Performance Studies from Northwestern University (USA), a Master’s degree in Creative Arts from the University of Melbourne (Australia); and a Bachelor of Education from Kenyatta University (Kenya). Until June 2016, she was a member of the research and teaching faculty at the African Leadership Centre, where she continues to serve as adjunct faculty. Previously Mwangola worked as an Academic Planning Strategist with the Academic Planning Unit of the (proposed) Faculty of Arts and Sciences (East Africa) of Aga Khan University. Mwangola’s intellectual work is characterised by her practice of performance as a way of making meaning for the purpose of advocacy, research and pedagogy. She has invested in the use of the creative arts, particularly embodied story-telling, as a way of doing intellectual and collective intellectual work. An oraturist also directing and performing in theatre and storytelling as her genres of choice, Mwangola focuses on culture, arts, theatre and performance in her research, teaching and engagement with policy. In 2017, she co-founded The Orature Collective, whose artistic arm, The Performance Collective, offers the free-to-all monthly participatory Pointzero Bookcafe in the heart of Nairobi’s Central Business District; as well as The Elephant, an intellectual online media platform. Both seek to support and enhance the intellectual exploration, discussion and debate in the public sphere. She is a founding member of the Board of Trustees of Uraia Trust (Kenya’s largest non-state national Civic

Education programme), which she has chaired since 2013; and continues to support civic society in different capacities. As part of the Creative Economy Working Group, she continues to work with other non- state actors in policy initiatives in the cultural sphere; having served two terms on the Governing Council of the Kenya Cultural Centre, the nation’s oldest state cultural institution, including as Chair for four years.