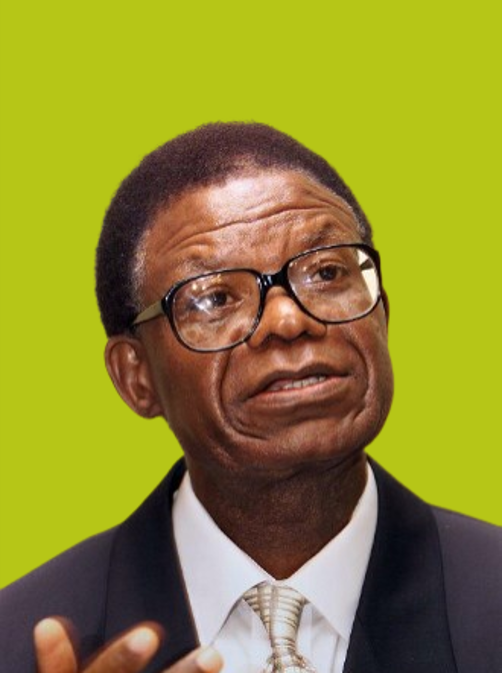 Ernest Wamba dia Wamba was born in Sundi-Lutete, Kongo Central Province. As a child he attended a Swedish mission school and his growing into adulthood was during the period when the prophetism of Simon Kimbangu and the political struggle for independence by the Association of the Bakongo People (ABAKO) was reaching its peak. When ABAKO split, he favored the party of Daniel Kanza.
On his graduating from secondary school, he was one of three students awarded scholarships by the African-American Institute to study in the United States. He attended Western Michigan University in Kalamazoo where he wrote his dissertation on the philosophers “Maurice Merleau-Ponty and Jean-Paul Sartre”. Wamba then attended Claremont university before teaching at The University of Brandeis where he was associated with Peter F. Drucker. He later on went on to teach at the Harvard University in Cambridge, MA.

During his period in the U.S., Wamba dia Wamba married an African-American woman and was involved in the Civil Rights Movement through the Nonviolent Coordinating Student Committee. Once the period of decolonization began in Africa, he joined the supporting committees of various US-based pan-Africanist liberation movements.

In 1980, he accepted a position as Professor of History at the University of Dar es Salaam in Tanzania. Whilst visiting his parents’ village in 1981, he was arrested by the government of Mobutu Sese-Seko for possessing a paper he had written that was deemed ’subversive’, and was detained for a period of one year. He continued his role as a prominent figure in both academia and political circles in Africa. He was President of the Council for the Development of Social Science Research in Africa (CODESRIA) between 1992 and 1995 as well as the founder and President of the Philosophy Club at the University of Dar es Salaam. He is an expert in the Palaver and other indigenous forms of African democracy. He participated in the Sovereign National Conference, held from 1990 through to 1992 in Zaire. In 1997 he co-authored with Jacques Depelchin on “The African Declaration against Genocide’ . Most recently in 2009, he wrote a book entitled “Política Africana Contemporânea: O Caso da República Democrática do Congo”.