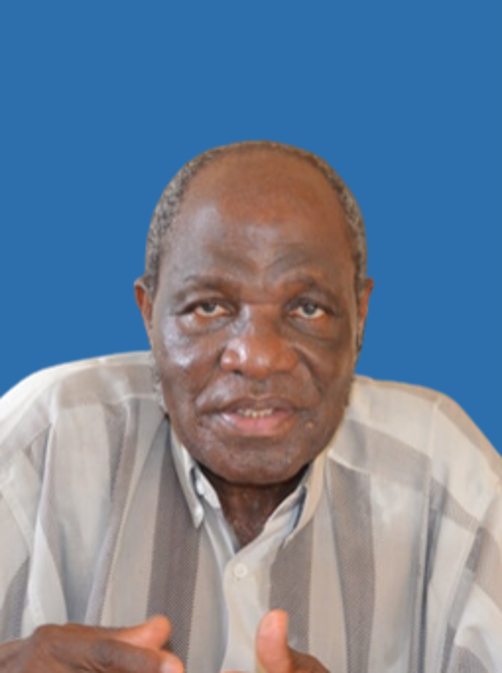 Taladidia Thiombiano, from Burkina Faso, is an economist with a Masters Degree in Development Economy from Paris II/Pantheon University and a post-Masters degree in Econometry from Paris IX/Dauphine. He also holds a Certificate of Environment Economy from the World Bank’s Development Economy Institute (IDE). He has worked with several research and higher education institutions, including the International Food Policy Research Institute (IFPRI) in Washington, Michigan State University, and University of Groningen, Laval University of Quebec, Canada, Bordeaux IV University, France.

Taladidia Thiombiano was Director of the Centre for Studies, Documentation and Economic and Social Research (CEDRES) from 1977 to 1990, and then from 2004 onwards. He also taught Economics at the Ouagadougou University and later became the Dean of its Economic Science Department (FASEG) between 1982 and 1987. He has also taught in many other African universities.

Thiombiano was CODESRIA‘s President from 1989 to 1992, after which he assumed other academic and administrative responsibilities, namely as Director of the African Network for Environment Economics (RAEE) between 1995 and 2000, Member of the general delegate of the African College of Socio-econometry since 1997, Director of Ouagadougou University’s Centre for the Protection, Management and Promotion of the Environment (CEPAPE) between 1999 and 2001, Coordinator of Cooperation between Ouagadougou University and the Netherlands from 1999 to 2000, Member of the Scientific Committee on Environmental Issues for the Monetary and Economic Union of West Africa (UEMOA) since 2004, and permanent member of the Experts Commission of the African Union (AU) on higher education in Africa, since 2006.

His major publications include: