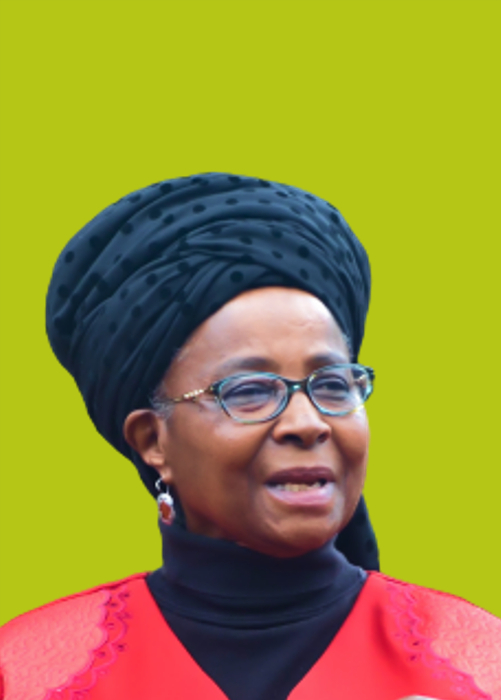 Micere Githae Mugo is a distinguished professor, playwright, poet, author, activist, and literary critic from Kenya. She is an Emerita Professor in the Department of African American Studies at Syracruse Uinversity. Prof Micere Mugo attended Makerere University, Uganda where she received her B.A in 1966 and the University of New Brunswick where she got her Masters and PhD in literature. Her Ph.D. thesis formed the basis of Visions of Africa (1978), her best-known critical work, which considers treatments of Africa in the writings of several women novelists. In 1980 she became the Dean of the Faculty of Arts at the University of Nairobi making her the first woman in Kenya to become a faculty dean. Her political activism against the human rights abuses of former president Daniel Arap Moi’s government led to her exile from Kenya in 1982. She then moved to teach at the University of Zimbabwe in 1982 and later the United States. With extensive publications that include poems, plays, essays and books, her literary works are known around the world.

Prof Mugo is the recipient of numerous honors, including: Distinguished Mwalimu Julius Nyerere Award from the University of Dar es Salaam, Tanzania; College of Arts and Sciences Award for Excellence in Master Level Teaching; and Distinguished Africanist Award from the New York African Studies Association for her contribution to scholarship. At Kenya’s 50th jubilee in December 2013, she was awarded the Elder of the Burning Spear and in November 2002, The East African Standard Century listed her among “The Top 100: They Influenced Kenya Most During the 20th Century.”