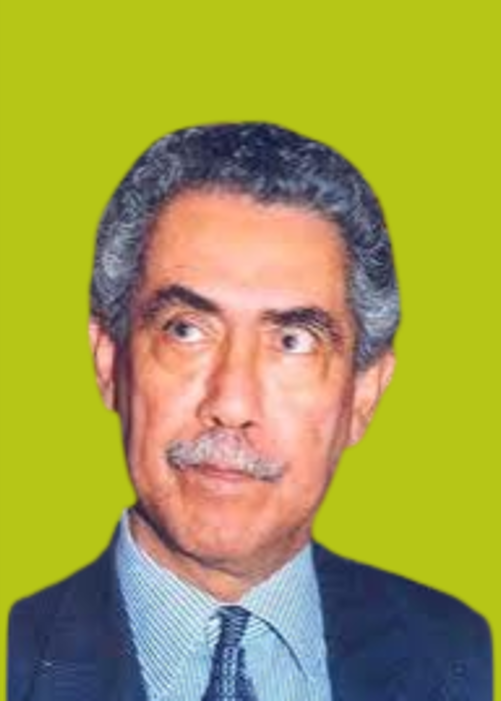 Abdalla S. Bujra, is a Kenyan national from Lamu and was born in 1938, went to Lamu primary school, Mombasa Secondary school then larer on joined The University of London where he did a BA in African Studies and later obtained his Doctoral degree (PhD) in Sociology at the School of Oriental and African Studies, University of London. As an academic scholar and researcher, Prof. Bujra has taught in various universities around the world. His teaching expertise includes supervising senior researchers and graduate students (PhD and MA) in academic institutions. He has also participated in and managed several major High level Pan-African Panels and Committees linked to the African Union (AU) as well as Pan-African Independent Research Organisations.

Prof. Bujra is one of the founders of the Dakar based Council for the Development for Social Sciences in Africa (CODESRIA). He became the first fulltime Executive Secretary of CODESRIA from 1975 to 1988. During his period in office and as part of mobilizing the African Social Science Community, he conceptualized, initiated, and contributed substantively to 50 conferences/seminars/workshops in different countries and on many different development themes – such as industrialization, rural development, economic integration, technology, population, democracy etc. As part of the process of mobilization and research, he established Pan -African as well as national research groups. He also set up CODICE – the CODESRIA Documentation and Information Center. He started the now famous CODESRIA journal, Africa Development and other CODESRIA publications – especially books. In 1992, along with President Mbeki’s father and Samir Amin, Professor Bujra was honored with the CODESRIA award of a Distinguished African Social Scientist on Institution Building.

During the 1970s and 1980s Professor Bujra was a member of various professional bodies such as the Joint Committee of the Four Regional Social Science Organizations– CODESRIA (for Africa), CLACSO (Latin America), AIDAP (Asia & pacific) and EADI (Europe), the Africa Committee of the American Social Science Research Council, the Paris based International Social Science Council (ISSC) of UNESCO and the Social Science Committee of the Tanzanian National Scientific Research Council. He was elected and served for two terms in all the three Committees. Prof. Bujra has also served as a team leader in research initiatives in Africa during the last 30 years, during which period he has actively participated and led international workshops, seminars and conferences in Africa, Europe, North America, Latin America, Middle East, India and South East Asia. In 1995 he became the founding Director of the Development Policy Management Forum (DPMF) a pan-African NGO hosted at the UNCEA in Addis Ababa but moved to Nairobi in 2006. He continues to be the Executive Director of DPMF. Prof. Bujra is currently Chairperson of the Board of Directors of the Nairobi based ACEG’s (African Center for Economic Growth).

He has published extensively on issues related to governance and development in Africa. Prof. Bujra is the author of a book on “The Politics of Stratification in a South Arabian Town” (Oxford University Press, 1971); he has co-authored and edited several books among them, “Africa and the Future,” a special number of (ADB) – African Development Bank’s journal (1995), “Leadership, Civil Society and Democratization in Eastern and Southern Africa 2002” (2 Volumes ), “Perspectives on the OAU/AU and Conflict Management in Africa” (2004). His latest edited book is on Kenya “ Kenya’s Democratic Transition: The Struggle from Liberal to Social Democracy” (2005). Further he has contributed to numerous publications in the form of articles (in journals), reports, occasional working papers and chapters in books.